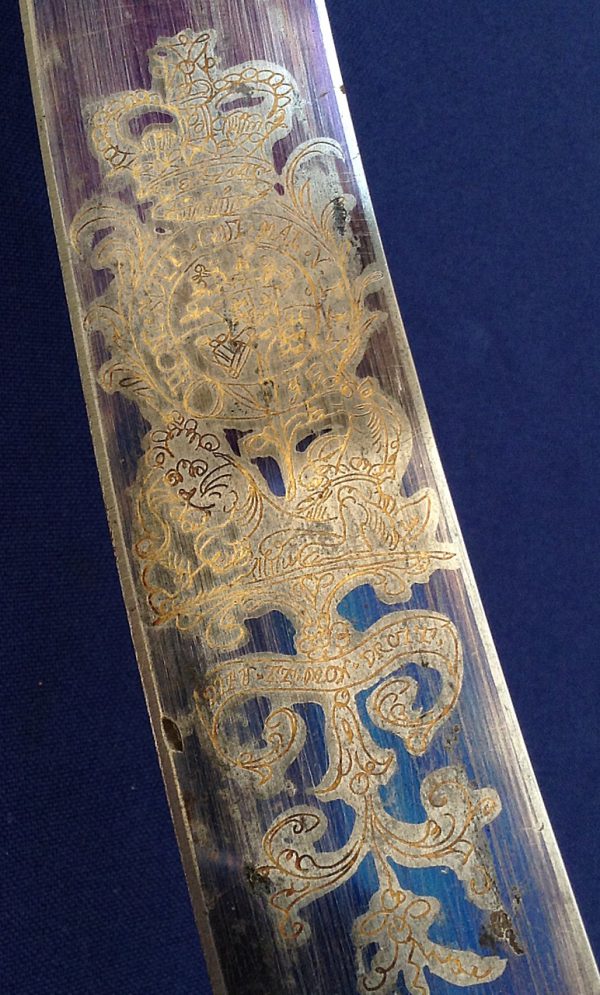 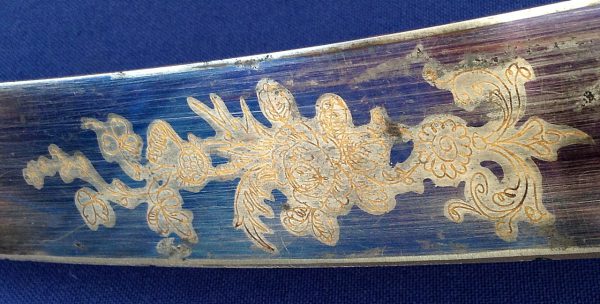 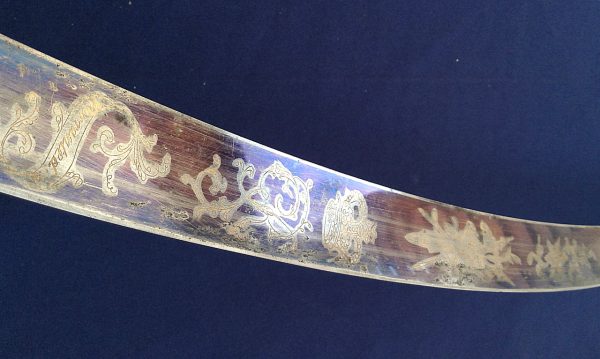 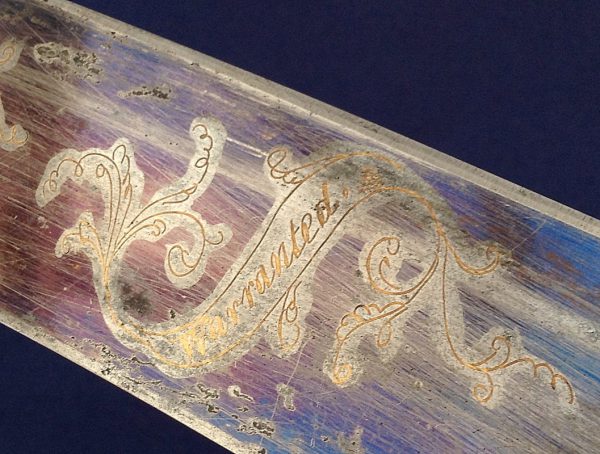 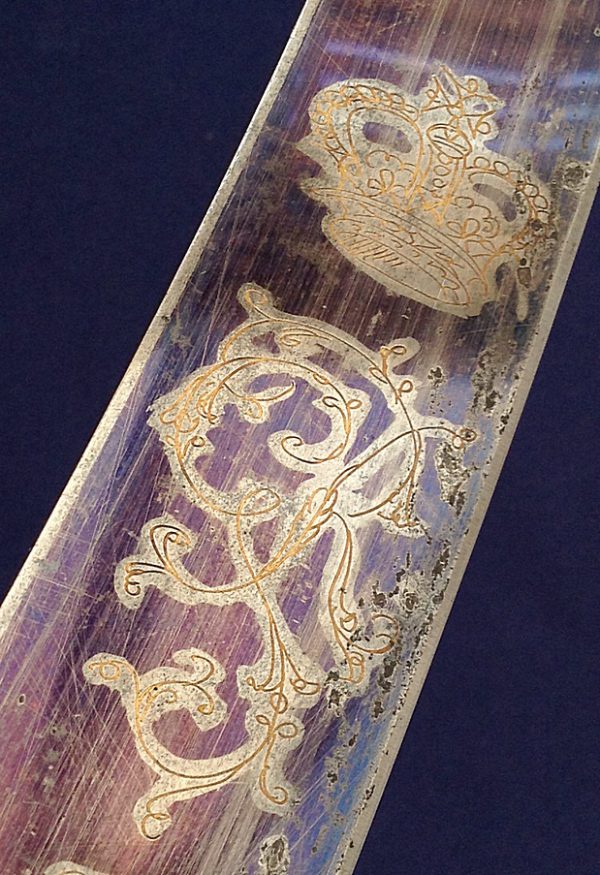 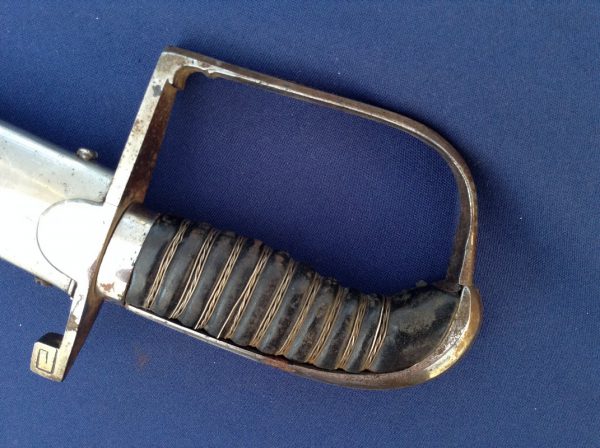 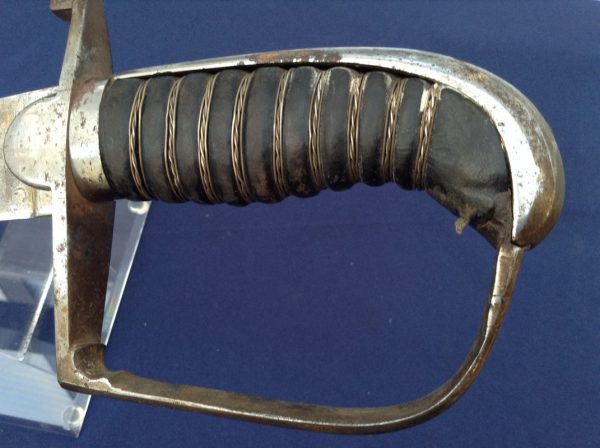 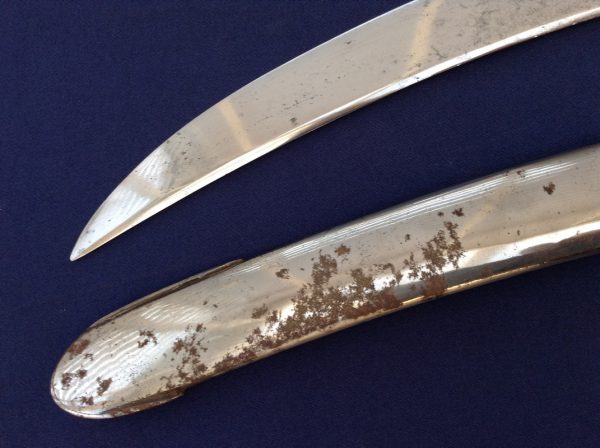 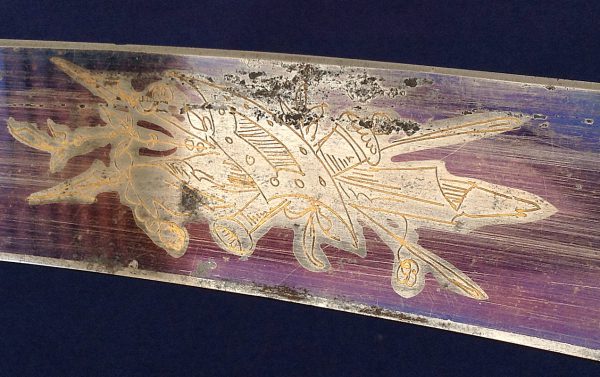 Wonderful example of the British 1796 model flank officer sabre with blue and gilt etched blade in its original steel scabbard.

The scabbard has a few areas affected by rust but otherwise remarkable preserved its original nickel plating.

Same applies to the blade which has almost all its blueing and gilt decorations still there to some extent.