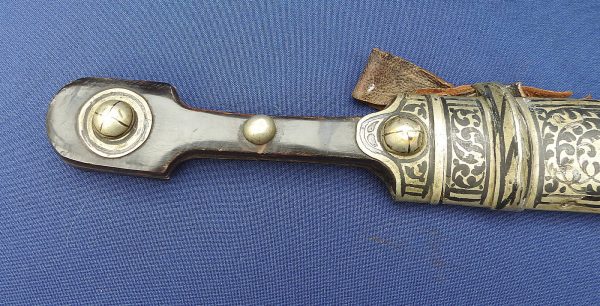 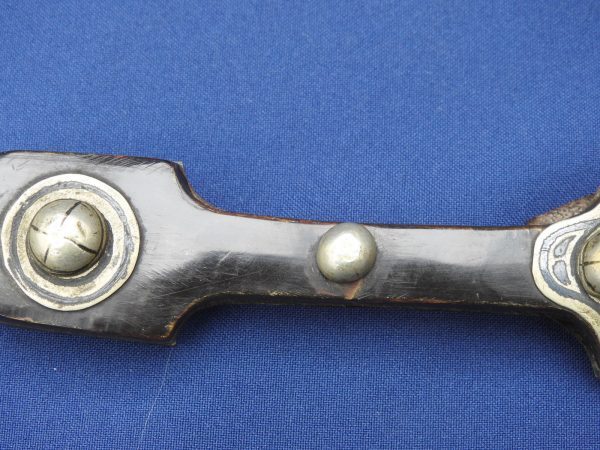 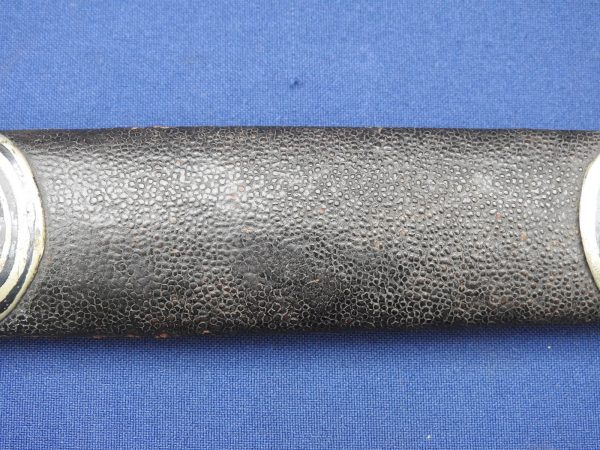 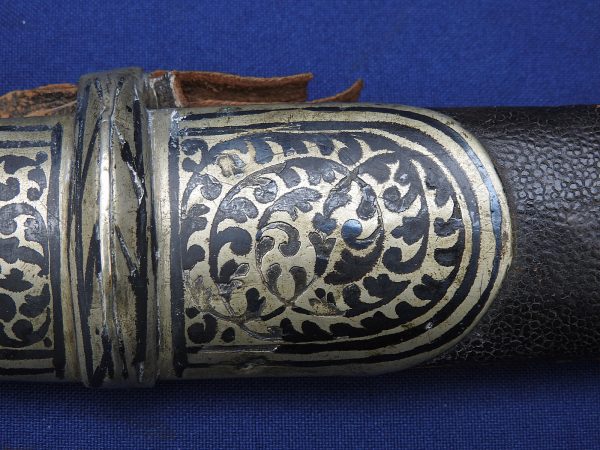 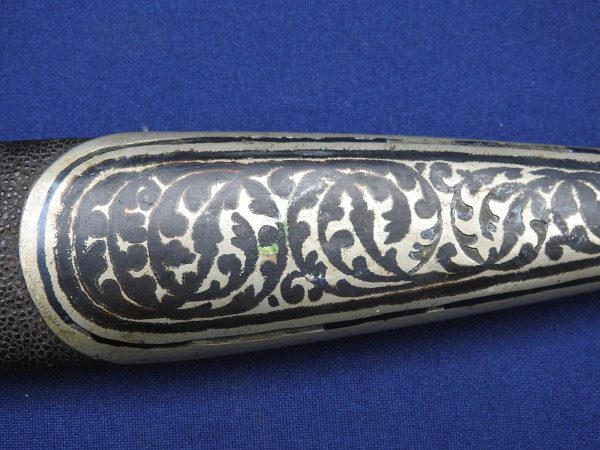 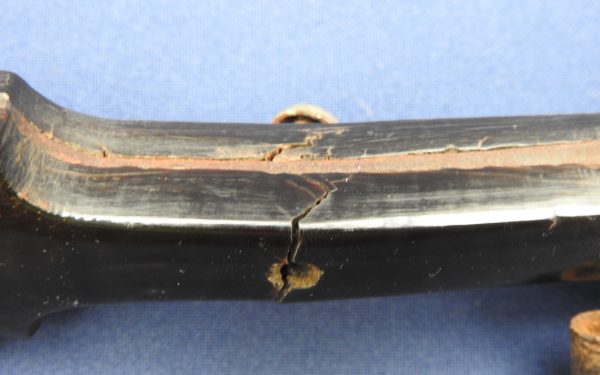 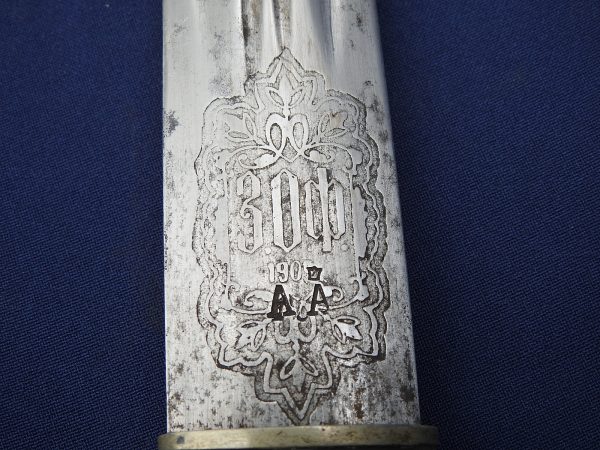 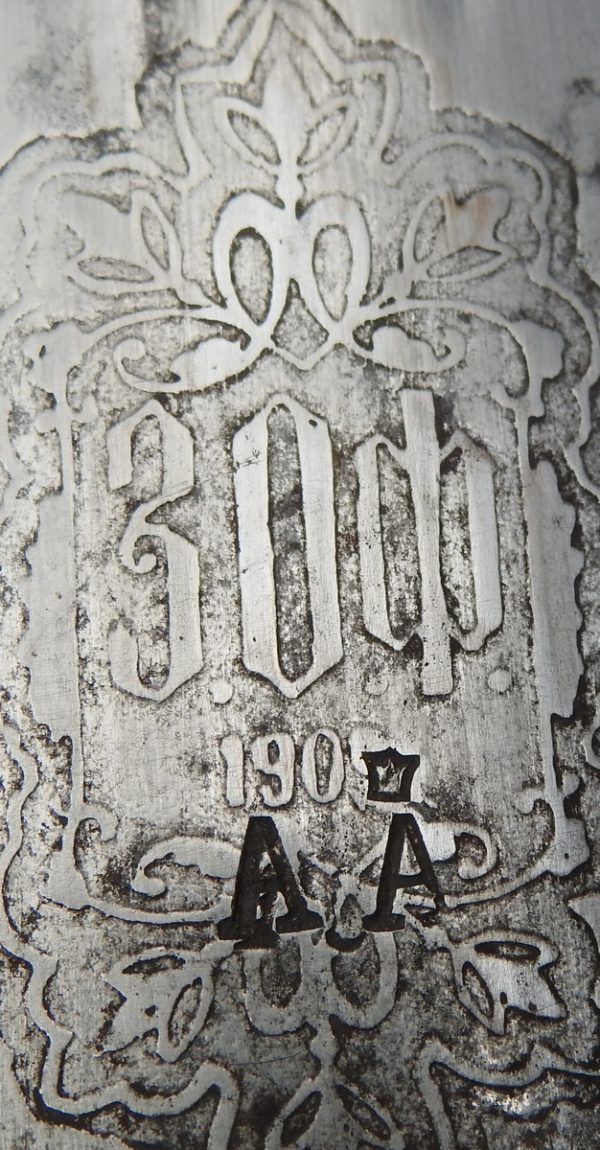 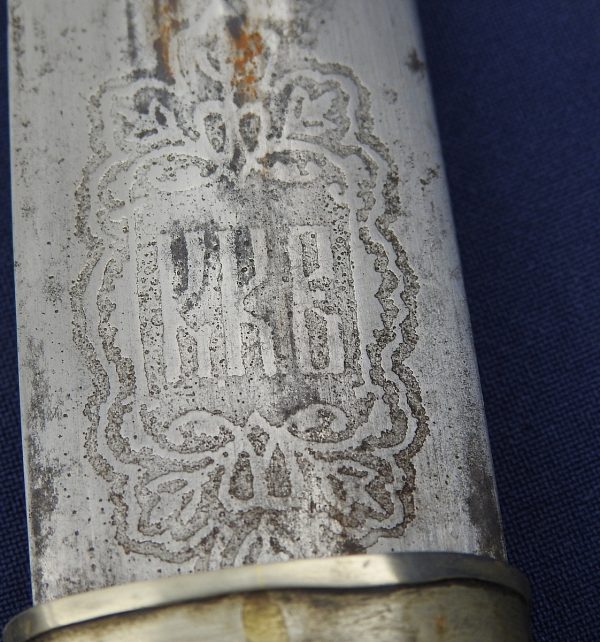 This edged weapons were adopted by the Russian Cossack units since 19th century and were a close resemblance of the traditional kindjals of the neighbouring Caucasian peoples.

Generally good overall condition but there is a crack to the horn grip causing its deformation to some extent.