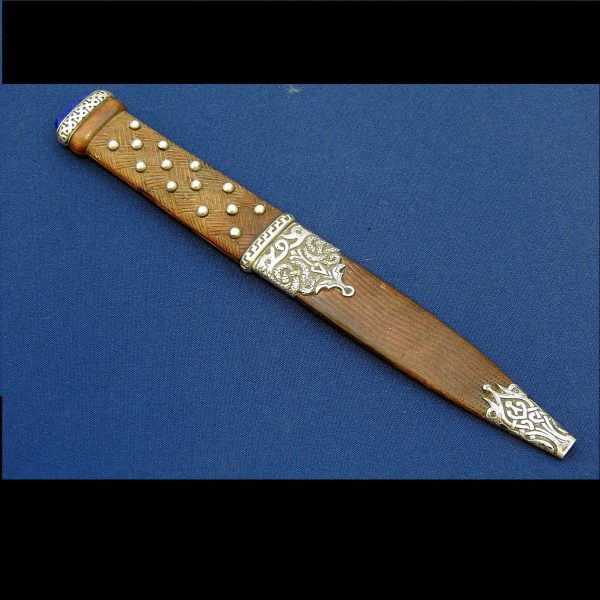 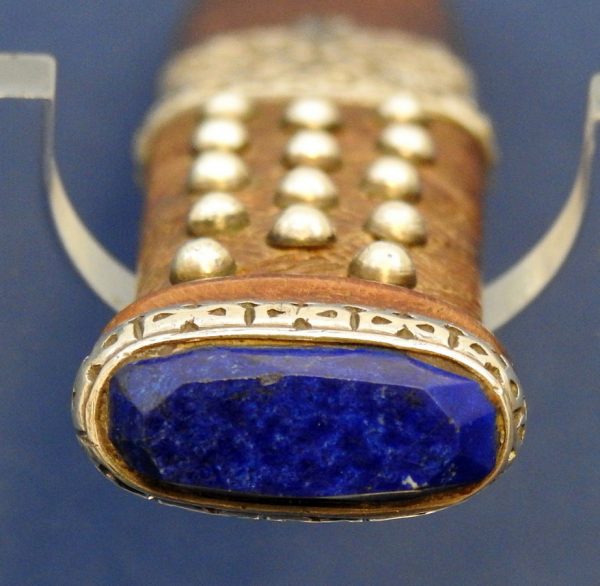 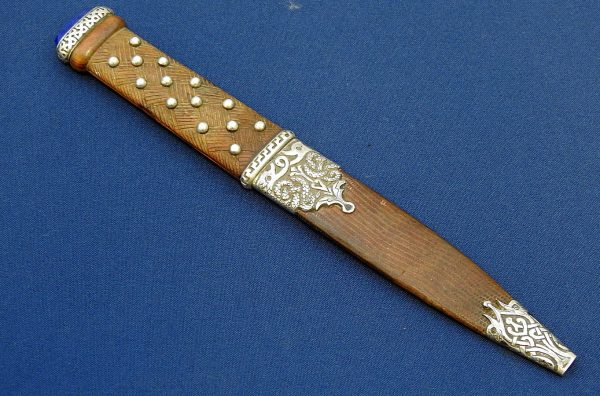 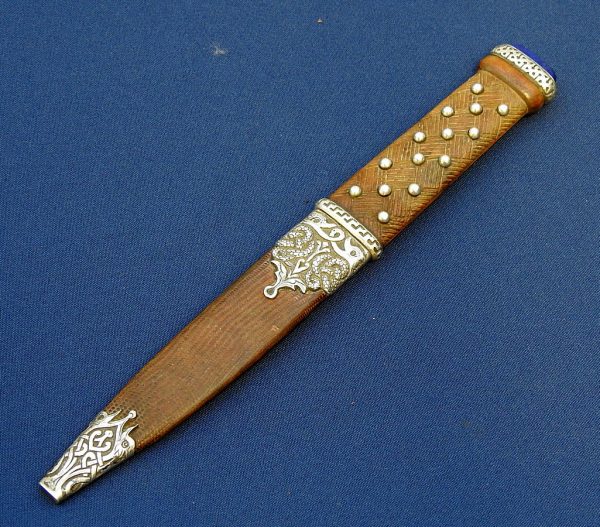 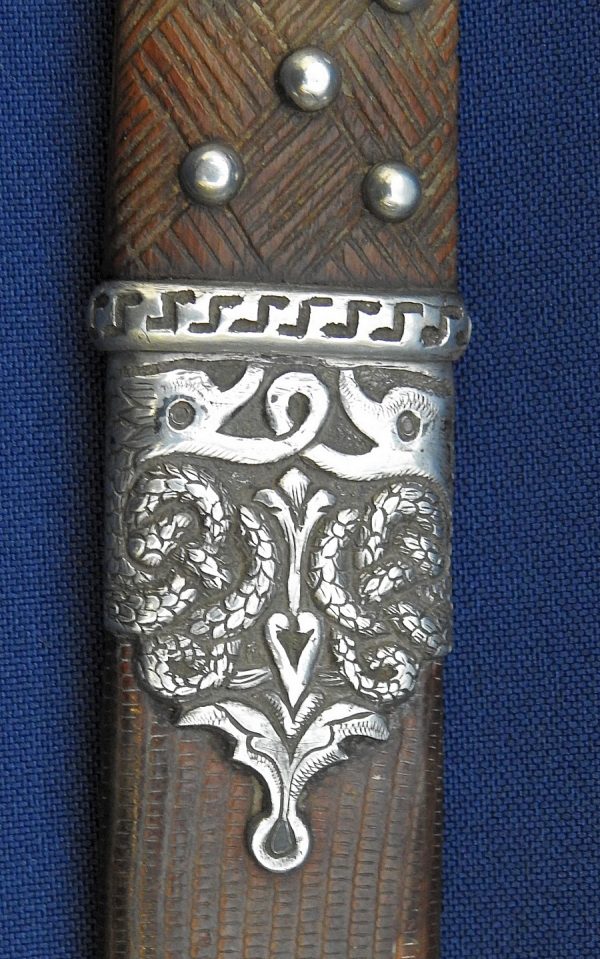 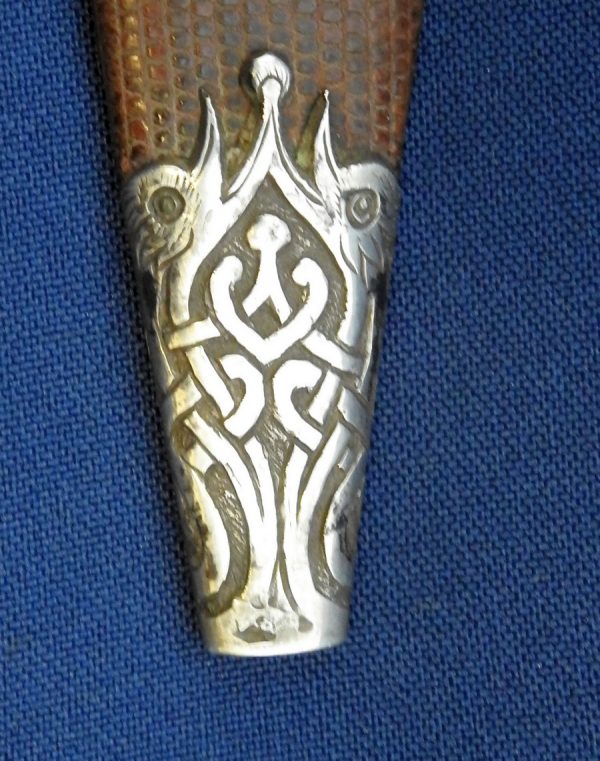 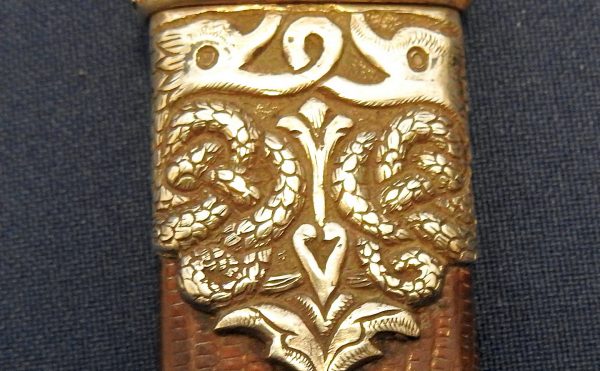 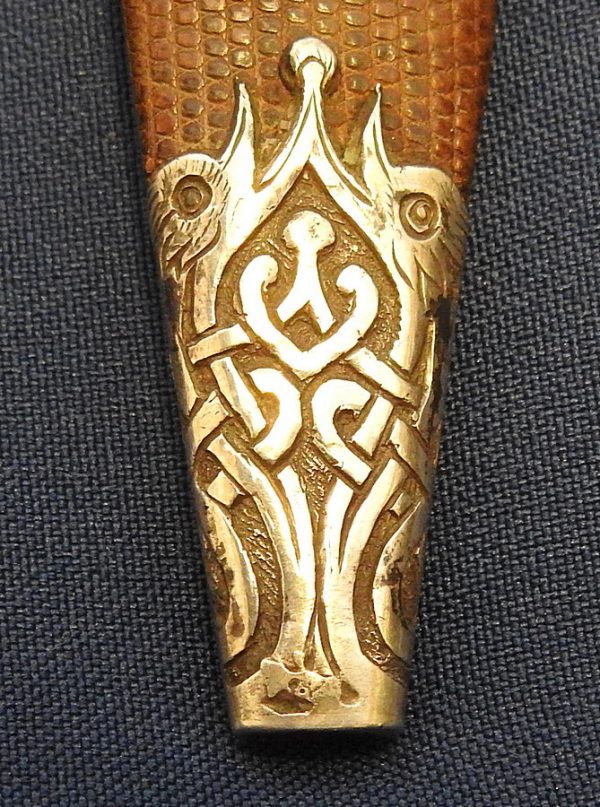 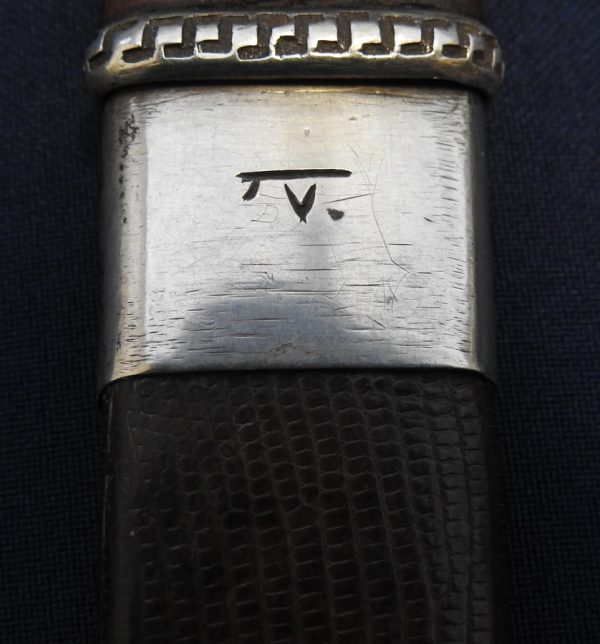 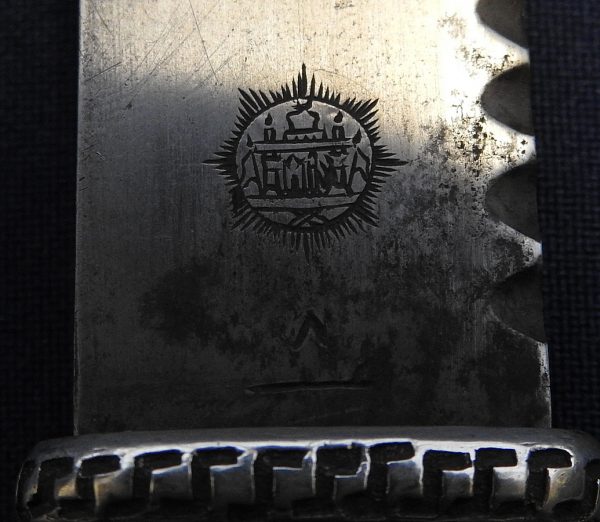 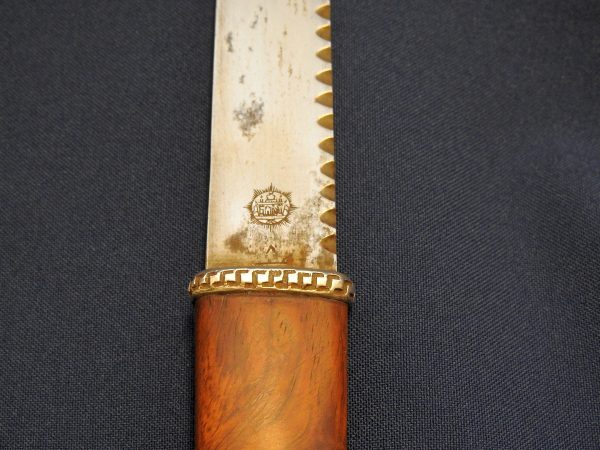 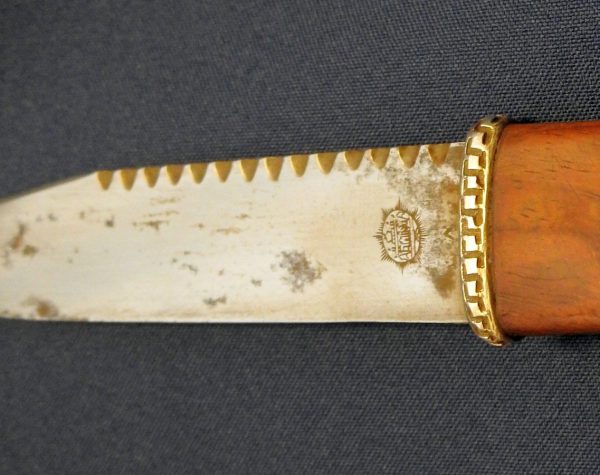 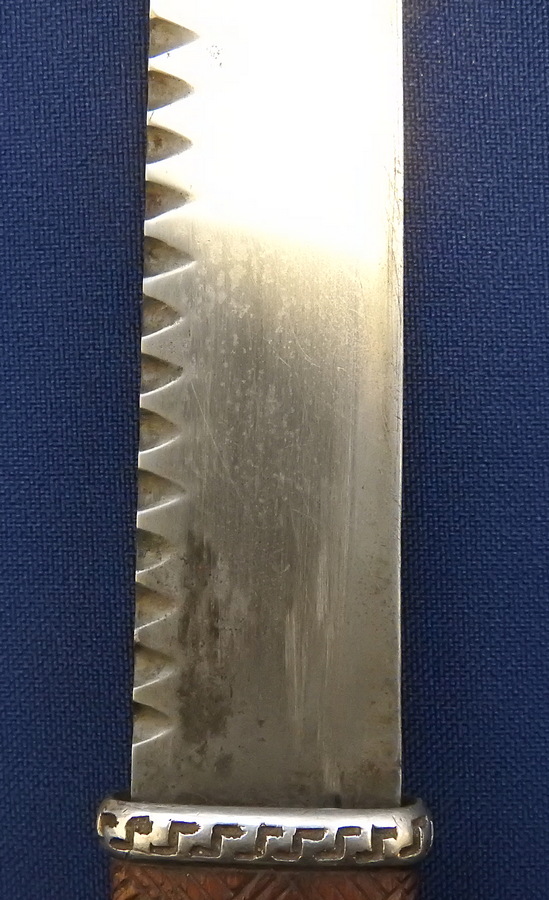 An exceptionally peculiar silver mounted Scottish Sgean Dubh dirk which was apparently made in Egypt or Palestine for an officer of Argyle&Sutherland Highlanders regiment during its deployment there in the Great War.

Made in accordance with the Scottish style but bearing Islamic markings with wooden grip and blue topaz type pommel.