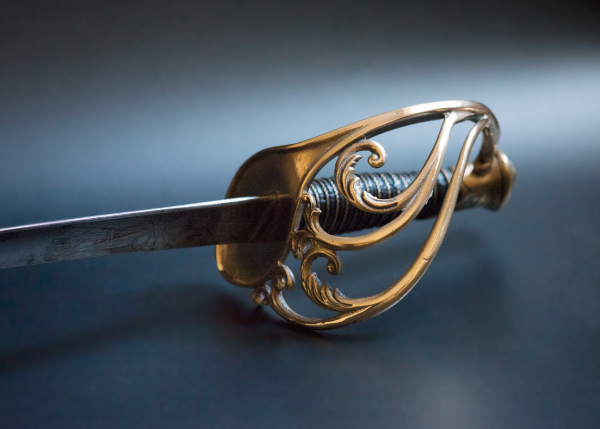 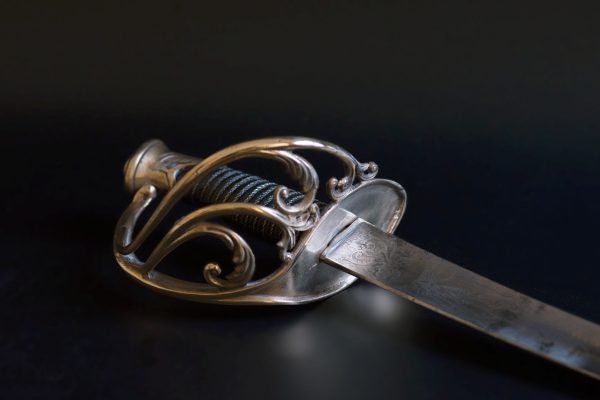 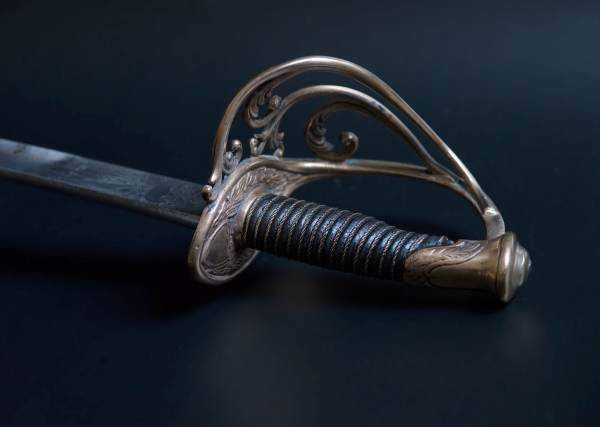 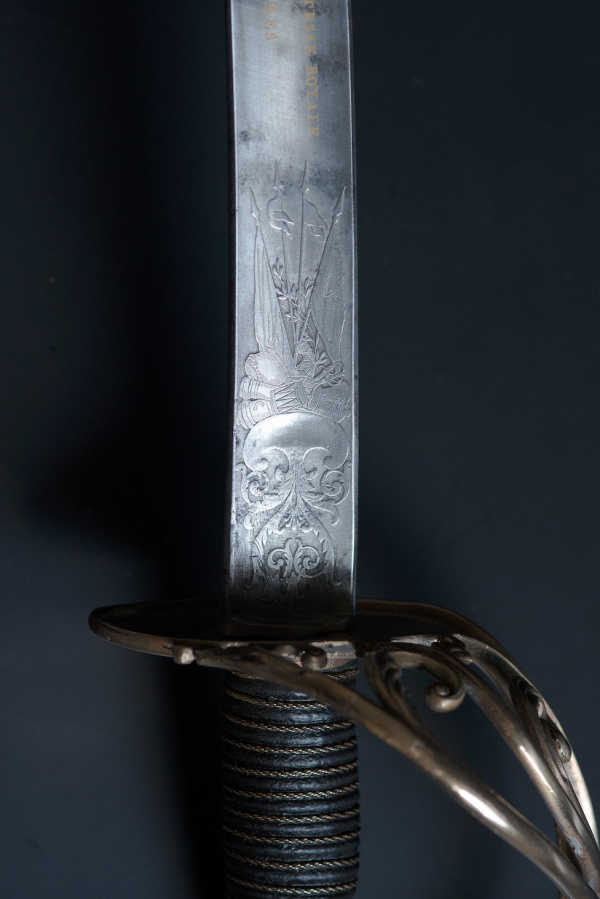 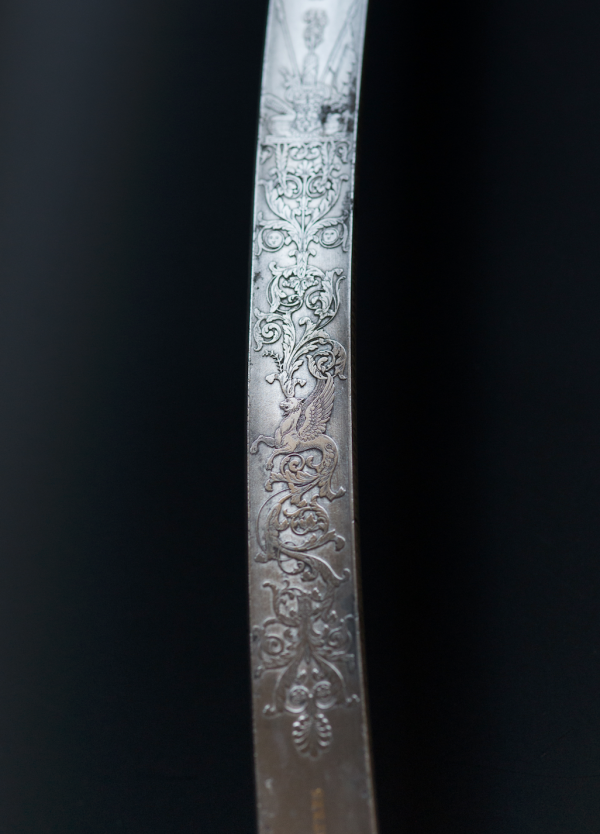 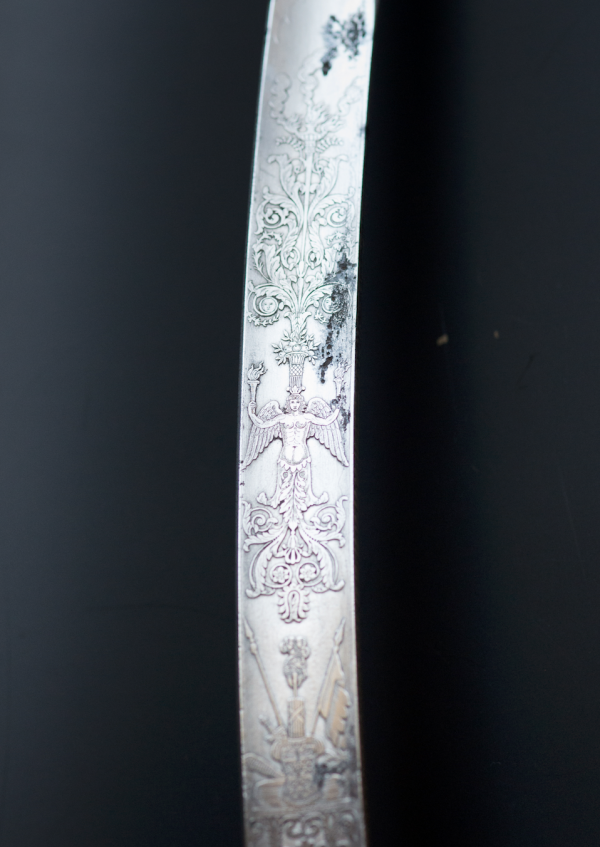 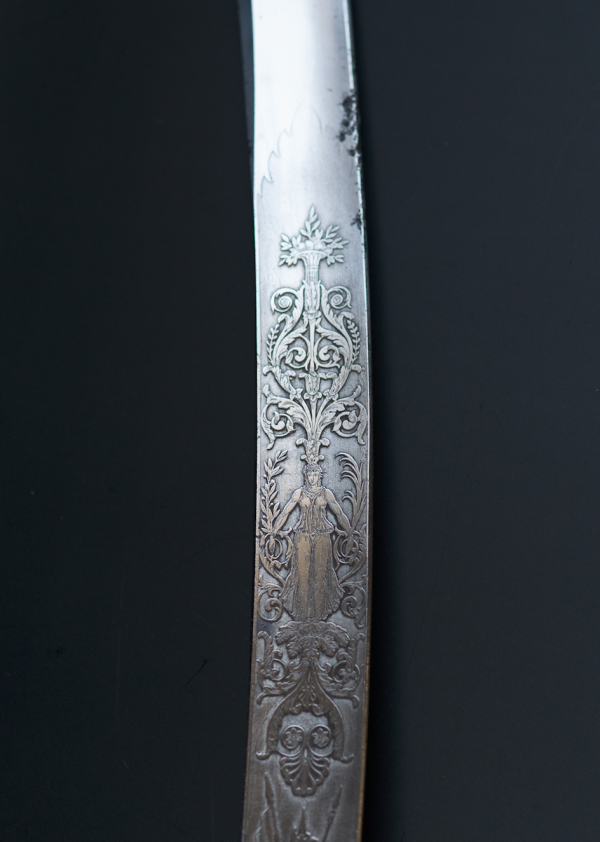 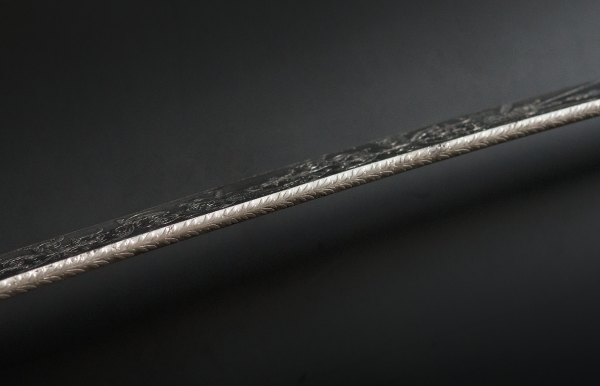 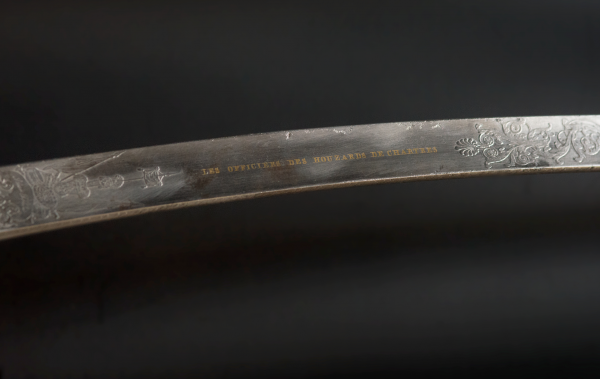 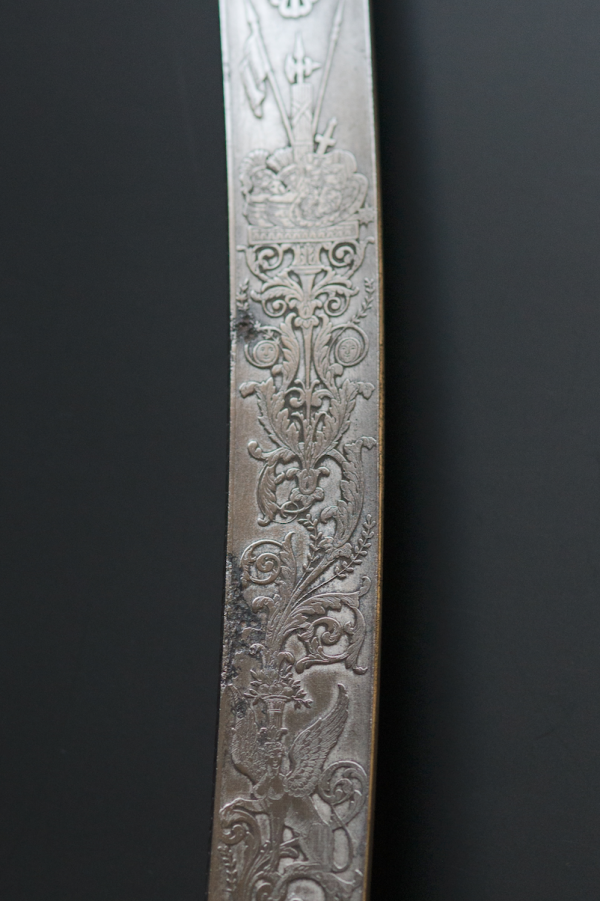 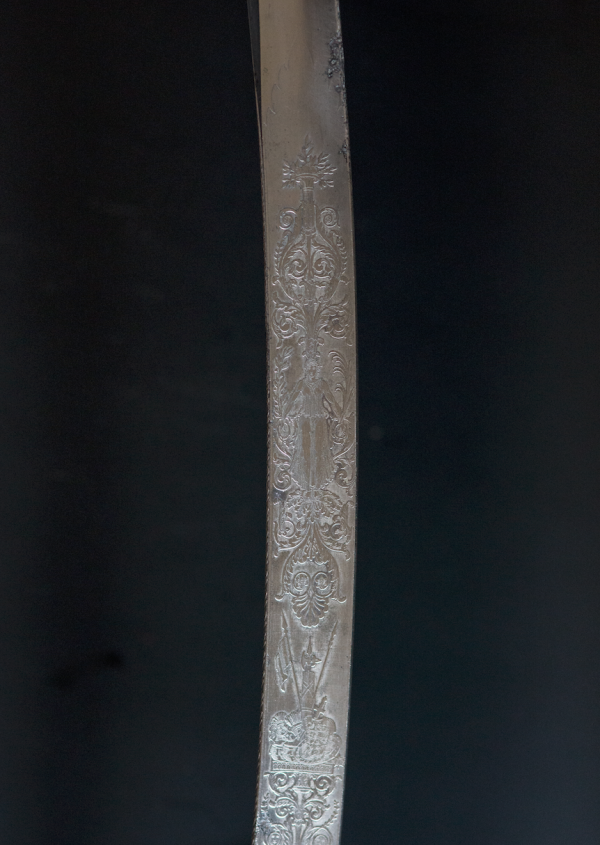 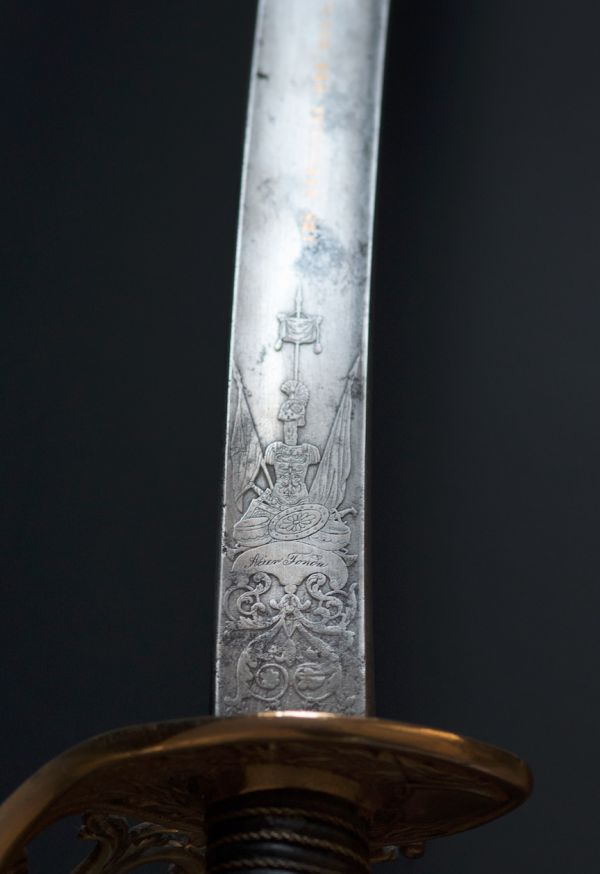 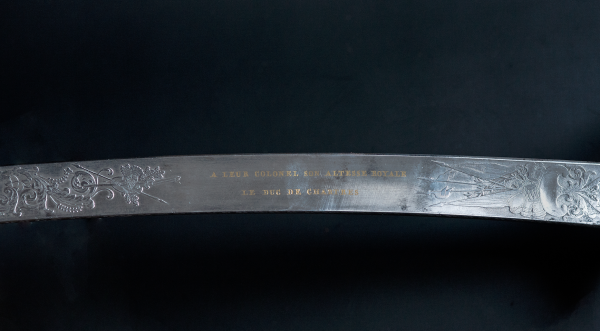 French cavalry officer’s presentation Sabre presented to the Duke de Chartres by the officers of the Chartres Hussars. The recipient – Prince Roberp Philippe Louis Eugene Ferdinand of Orleans was a grandchild of the French King Louis-Philippe. During the American Civil War he travelled to the US and joined the army of Potomac under the command of the General George B McClellan. Subsequently he returned to Europe and took part in the Franco-Prussian war. For his achievements during that war he was made Chevalier of the Legion D’Honneur.

The sword has an absolutely fine blade decorated with inquisite mythological ornaments in French fashion. A few minor spots of light pitting which have not affected the etching by any significant margin. Lacks scabbard. Overall length – 94 cm.