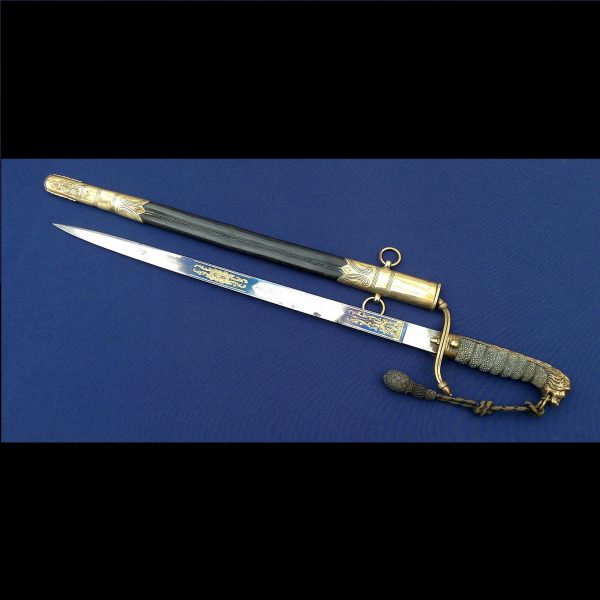 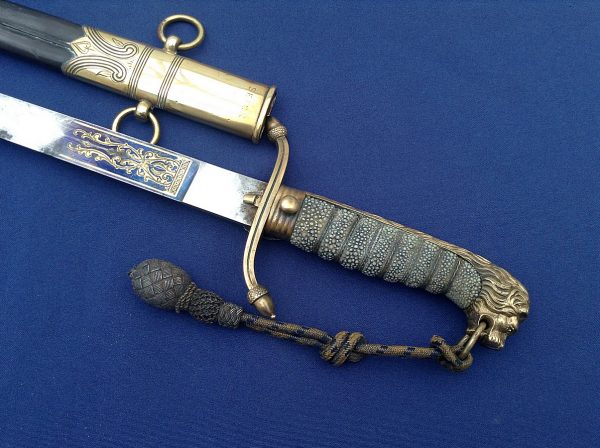 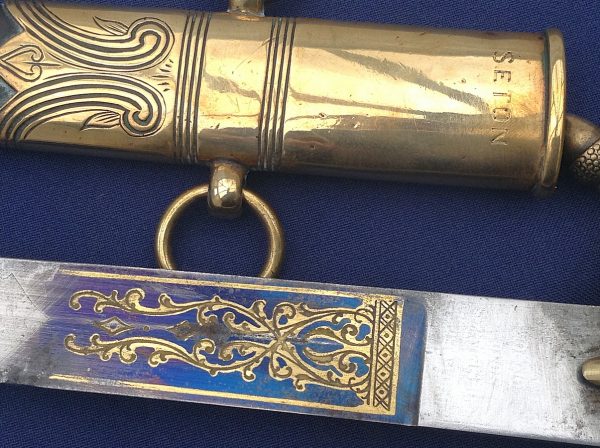 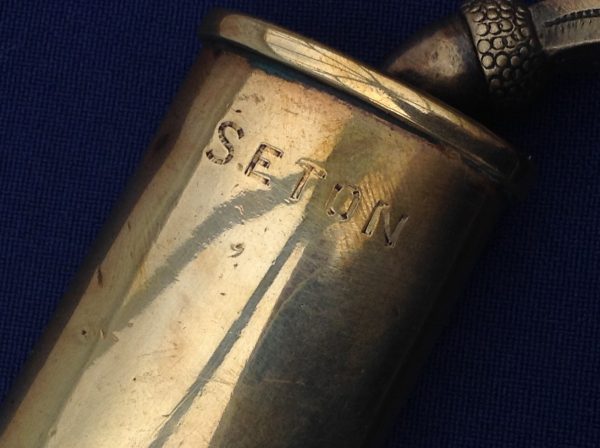 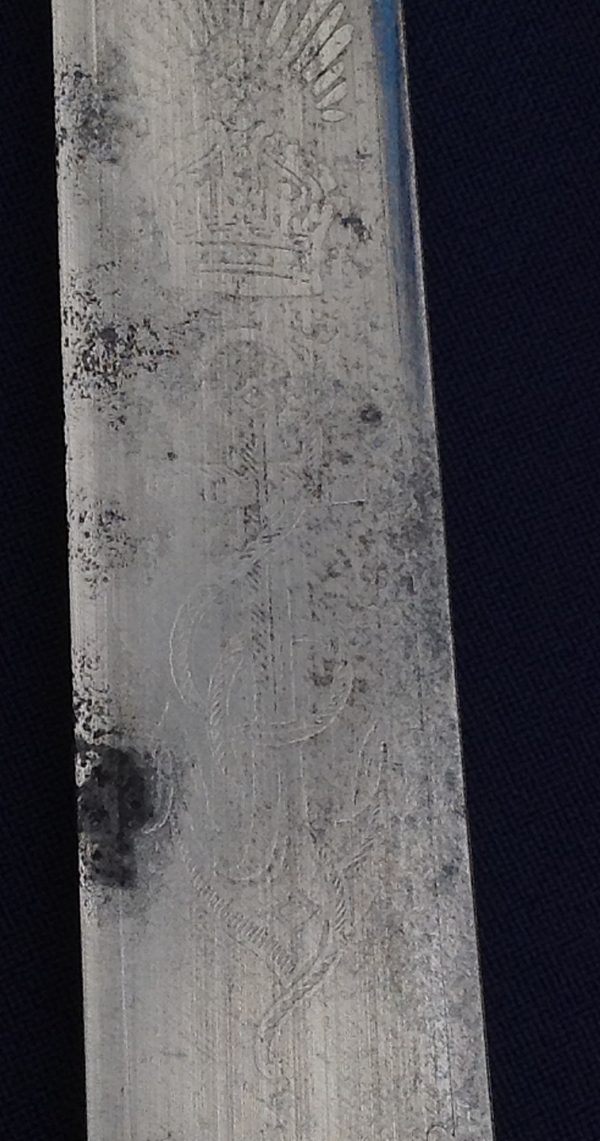 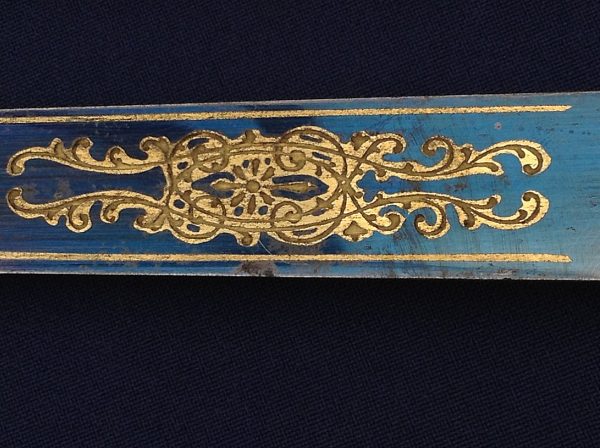 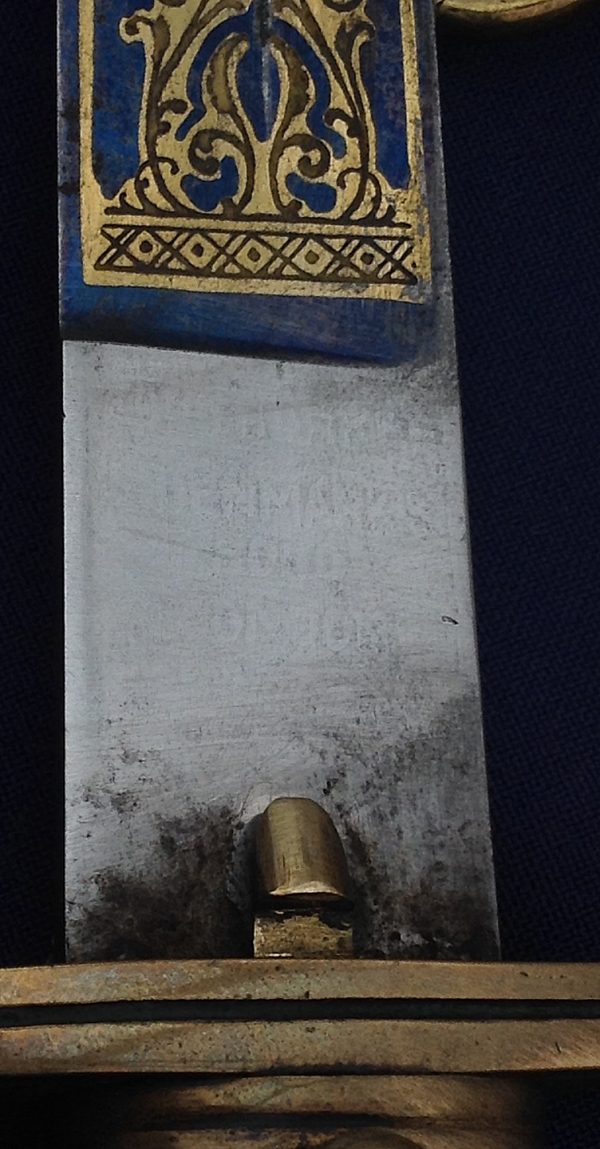 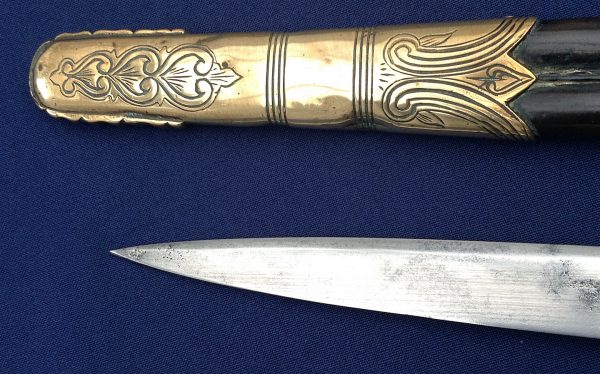 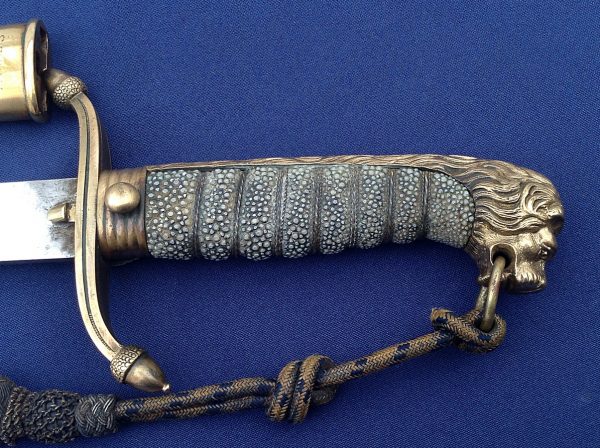 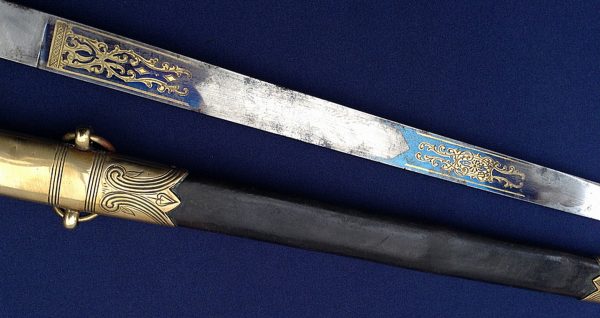 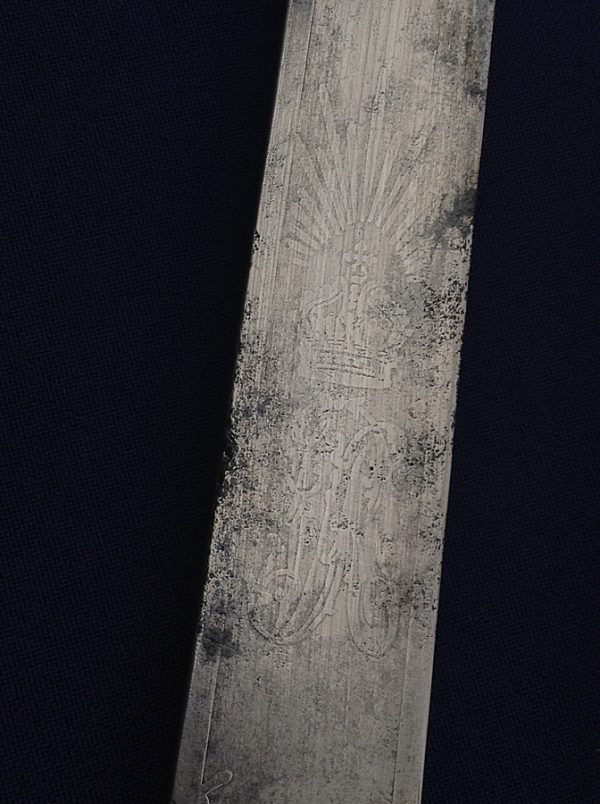 Magnificent British Victorian midshipman’s dirk with blue and gilt etched blade in its scabbard with a sword knot attached to the hilt.

The blade is etched with London’s maker name Edward Thurkle, 5 Denmark St., Soho (which is rather faint), naval anchor and Victorian Royal Cypher and Crown. This maker was registered at that address between 1876 and 1899.

The owner’s name – S. Eton is engraved on the scabbard’s mount.

The scabbard is secured on the dirk with a button (rather loosely fixed at present) operated locking mechanism.