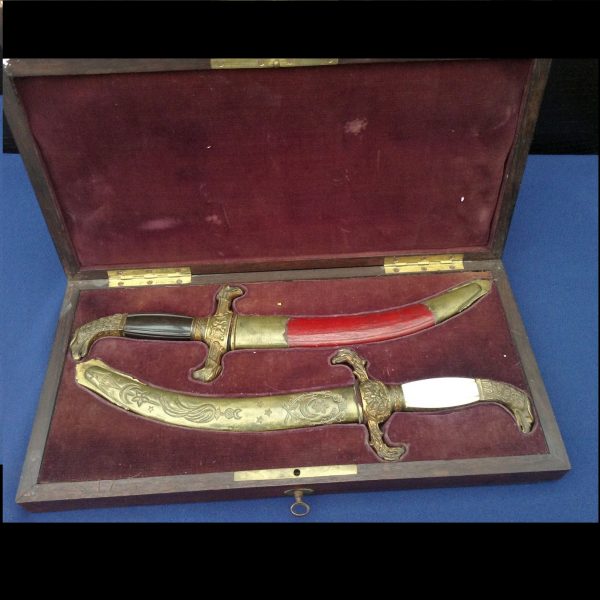 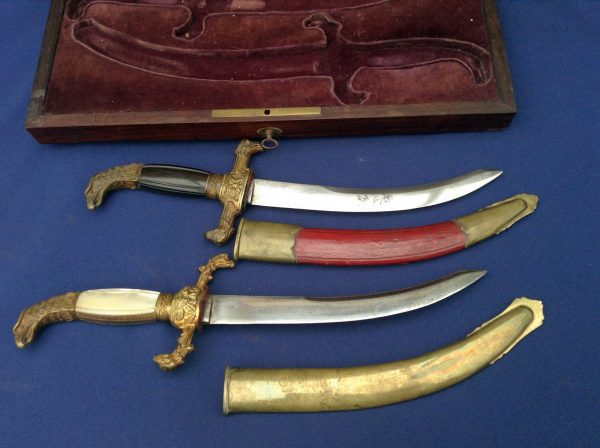 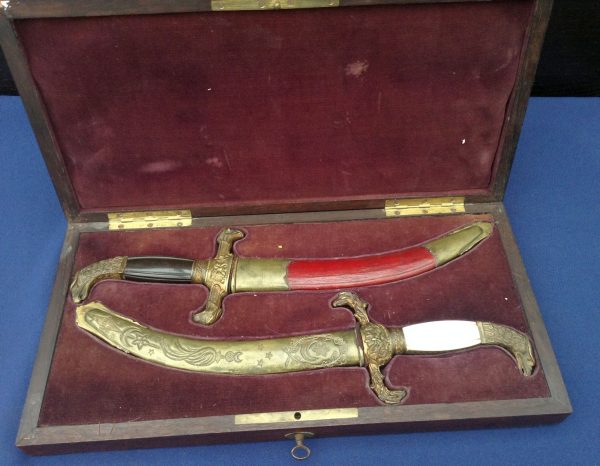 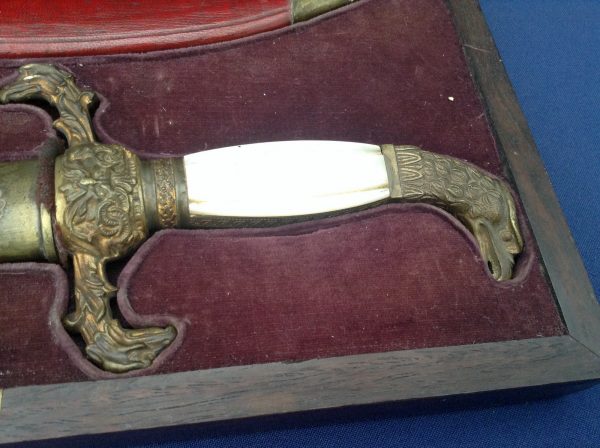 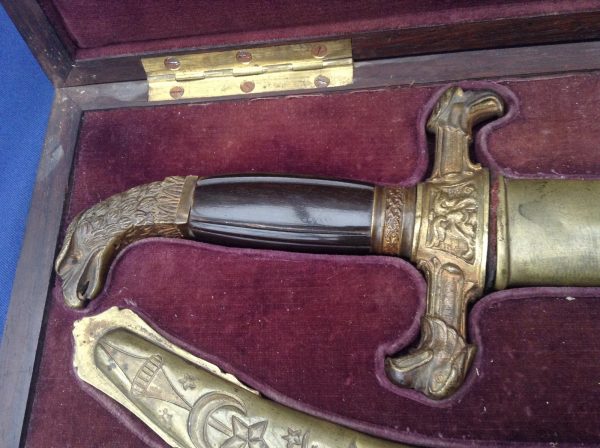 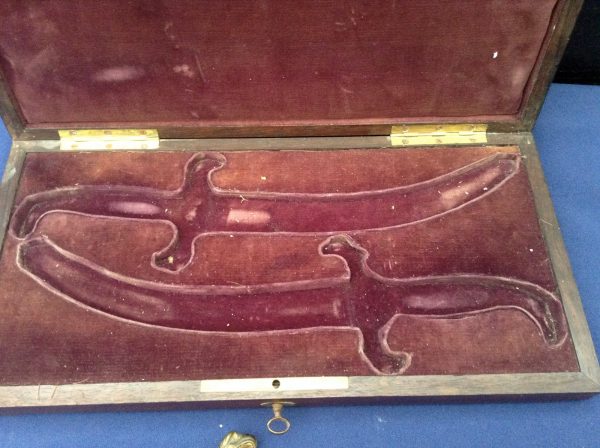 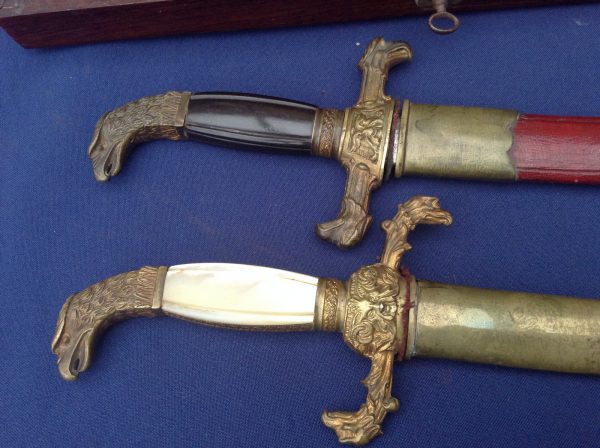 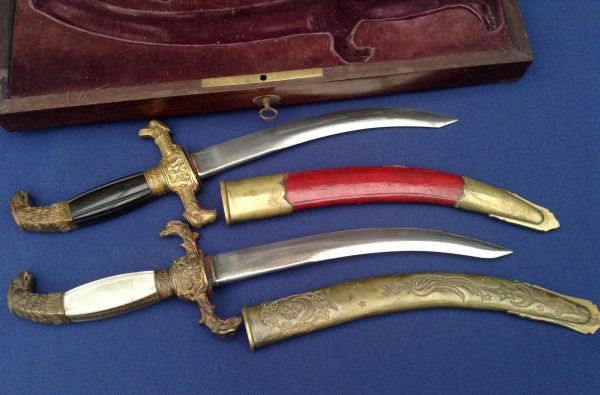 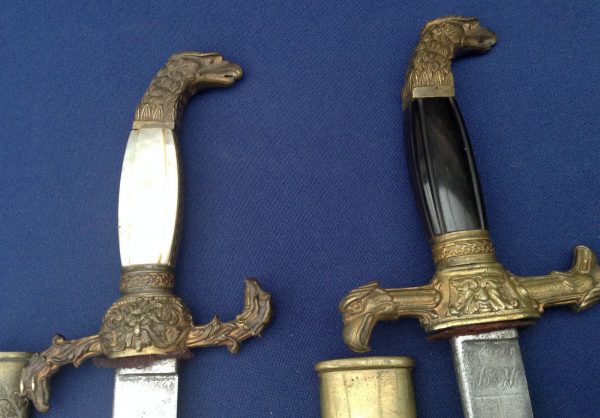 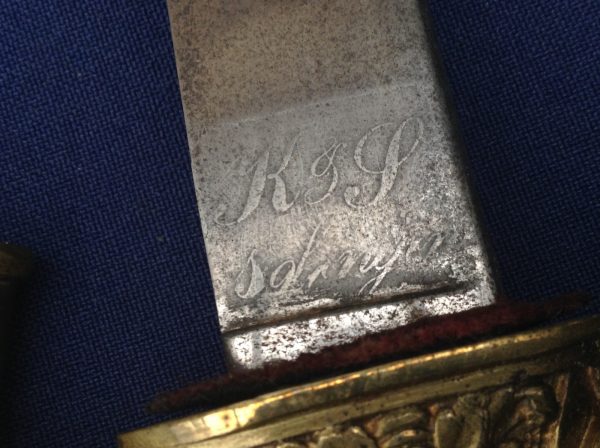 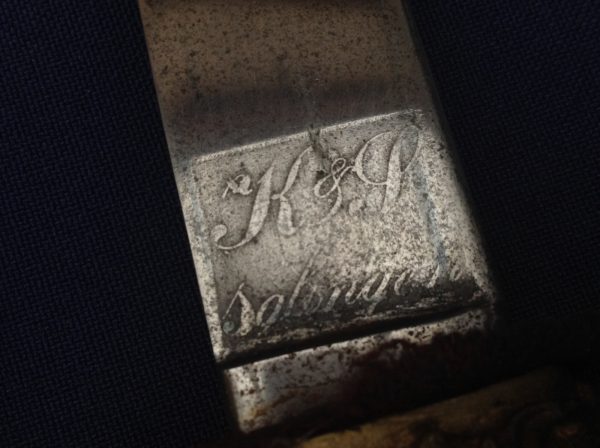 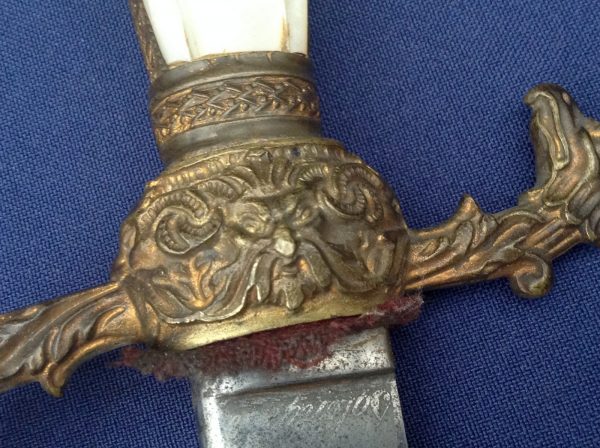 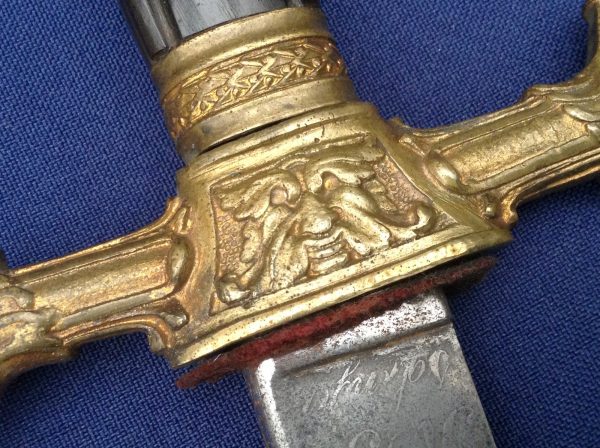 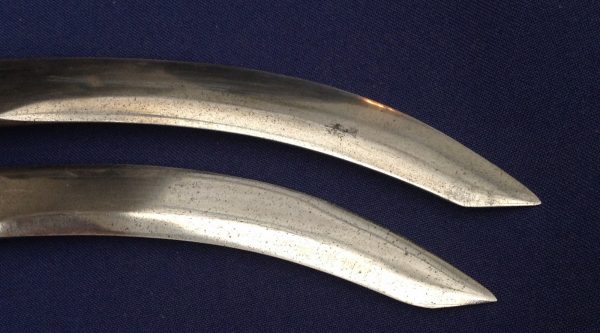 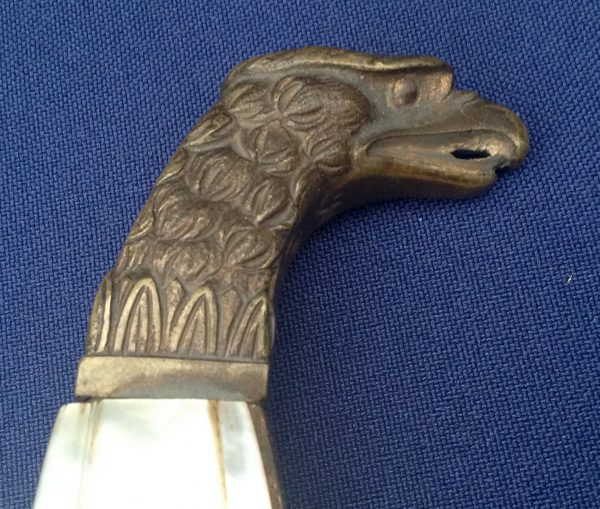 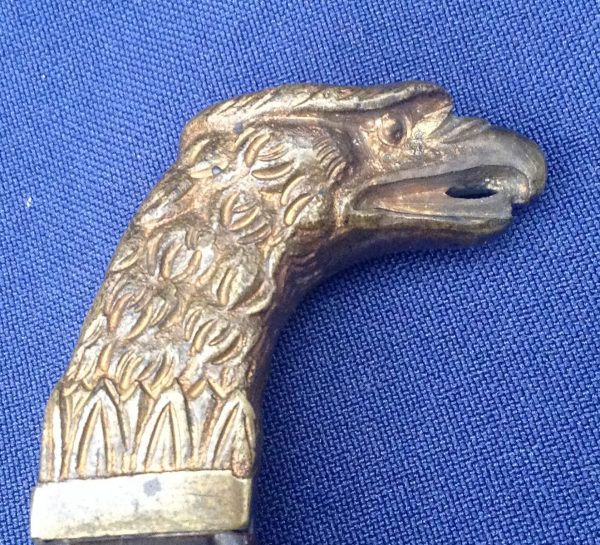 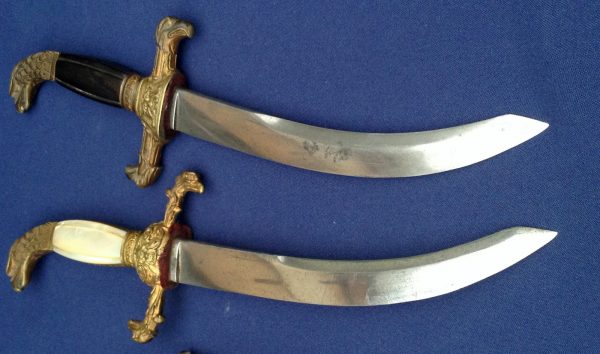 One of a kind cased presentation set of two highly ornamental naval dirks believed to be a Crimean War period.

The style of the hilts with Eagle Head pommels and mother of pearl side plates indicates if its French origin.

One of the dirks sheaths is decorated with Ottoman Empire Crescent&Star.

It can be assumed that the set was presented by the French to the Ottoman Commander Omer Pasha (originally Serbian Mihail Latas) for his 21000 troops victorious stand off against the Russian army during the Battle of Eupatoria in 1855.