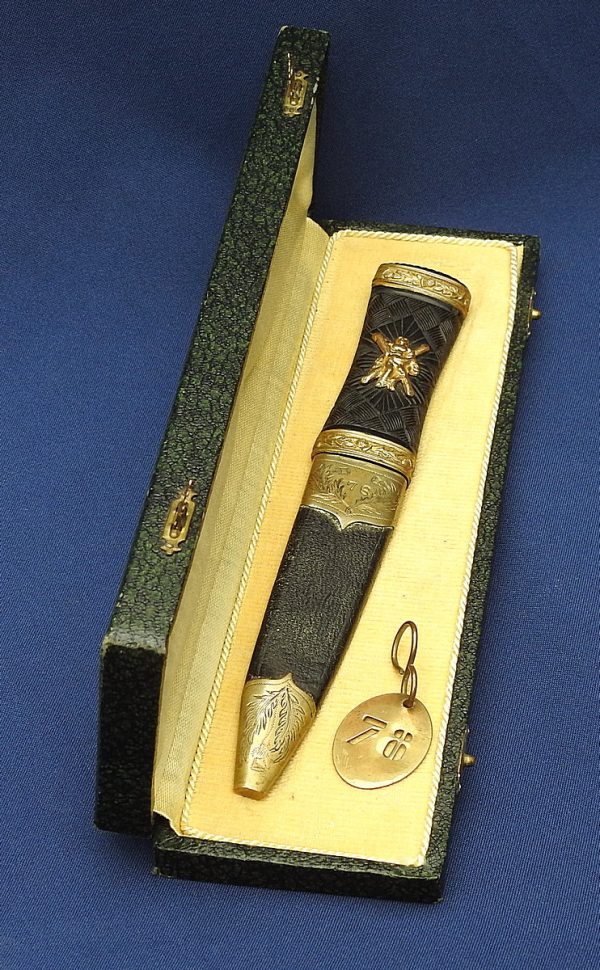 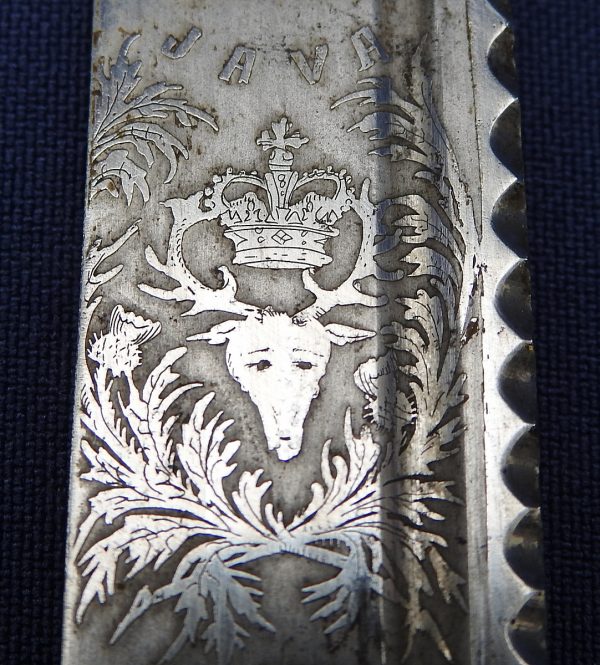 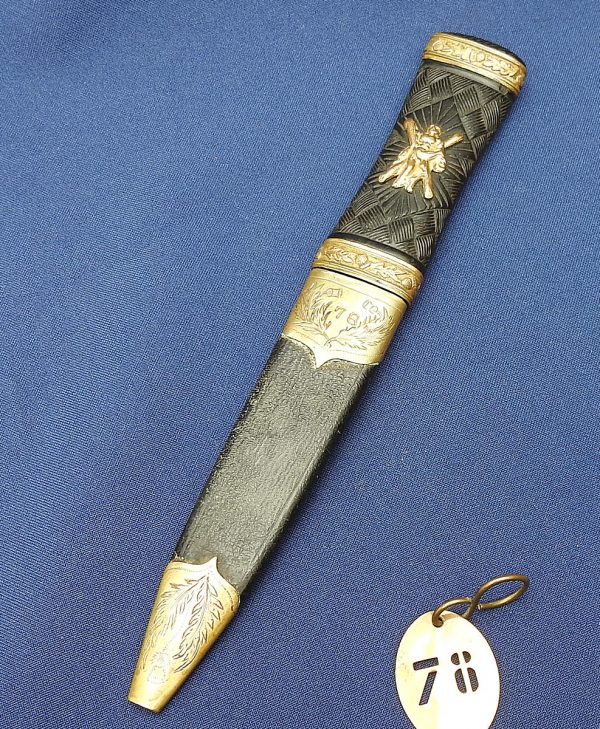 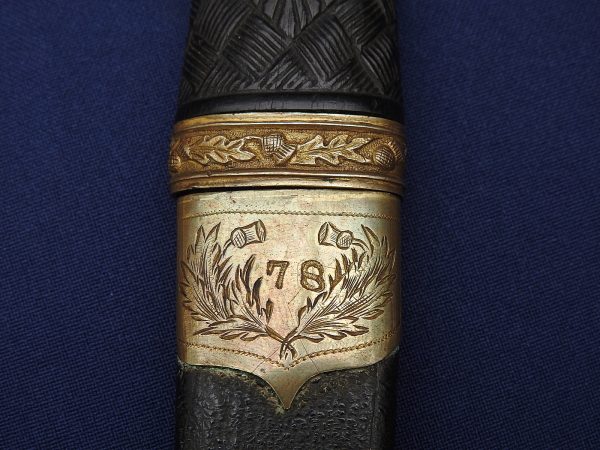 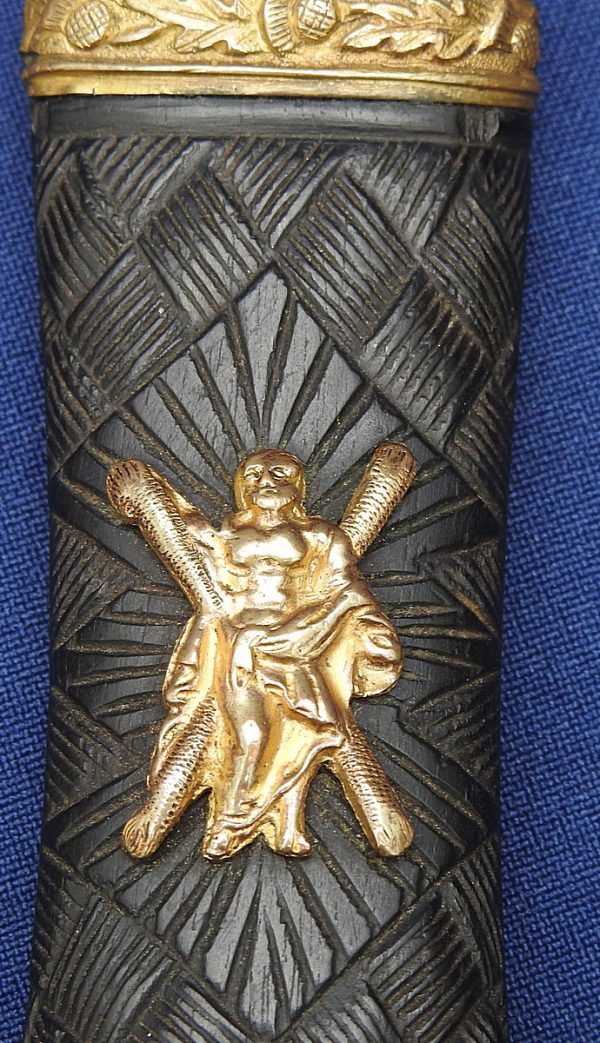 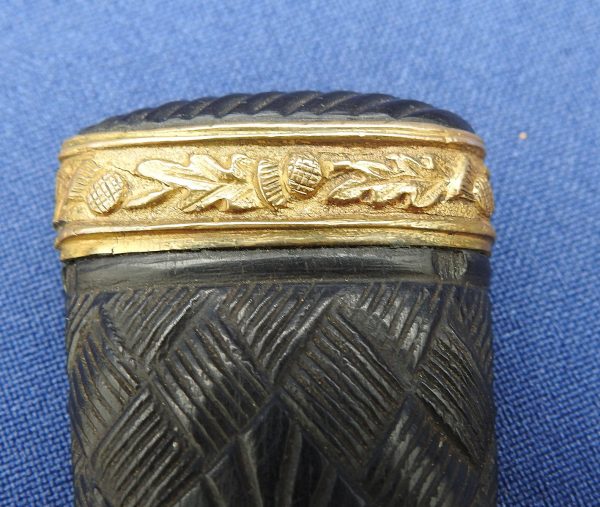 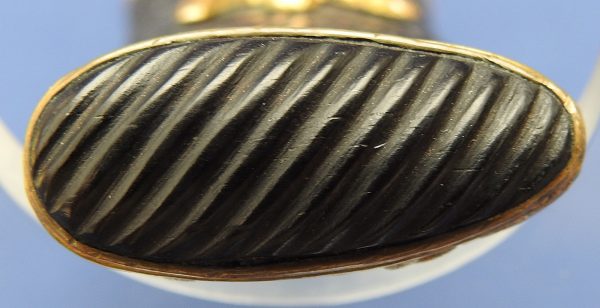 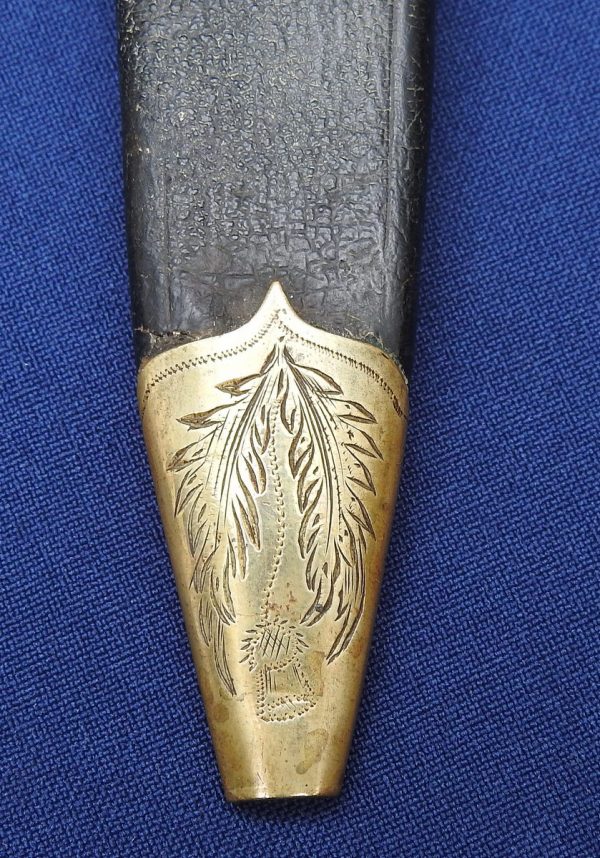 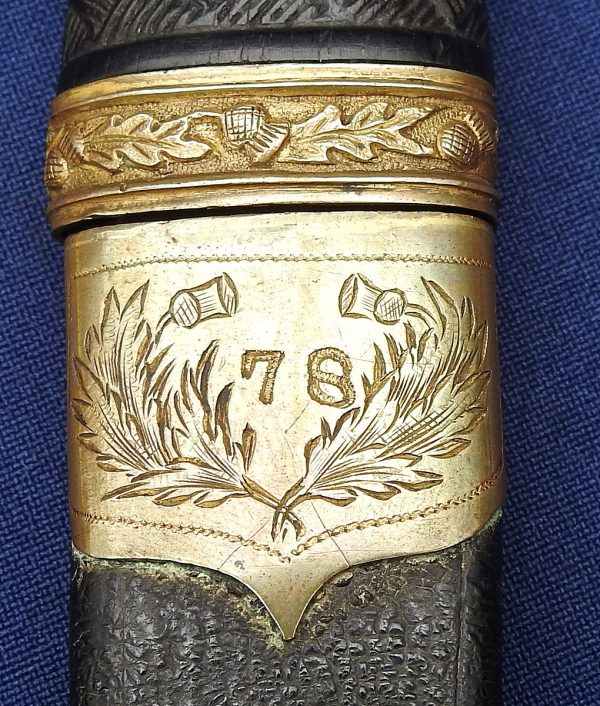 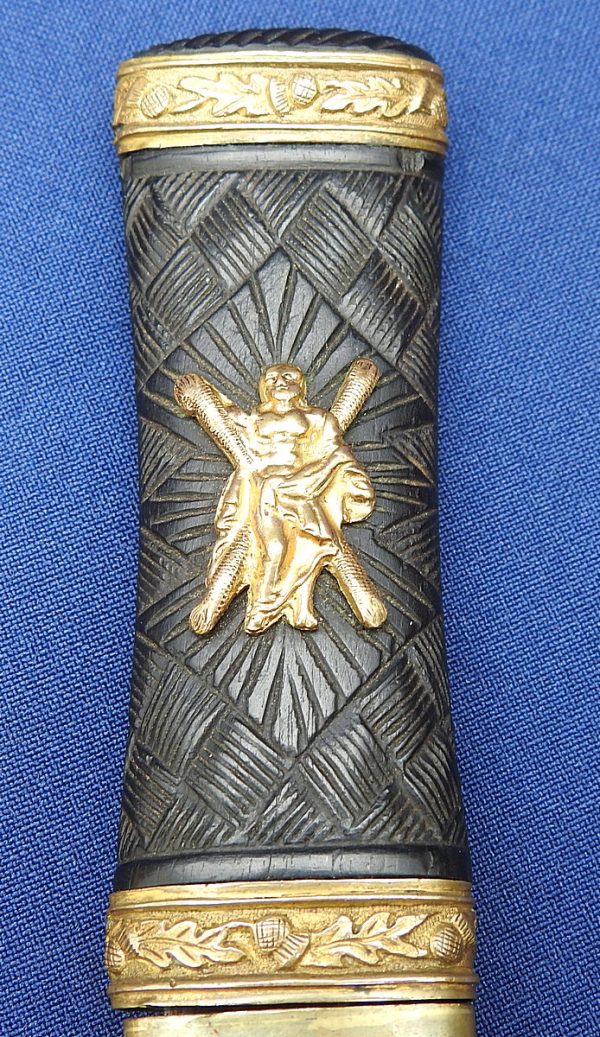 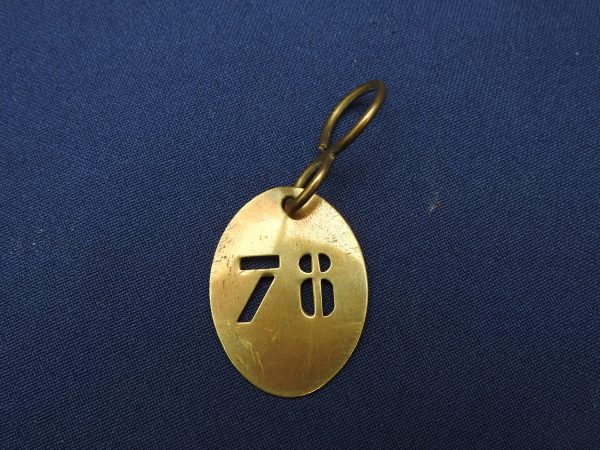 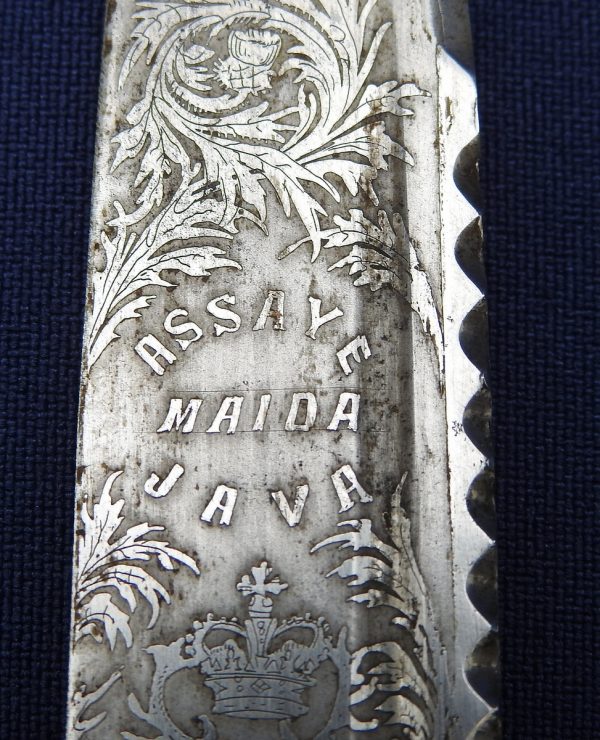 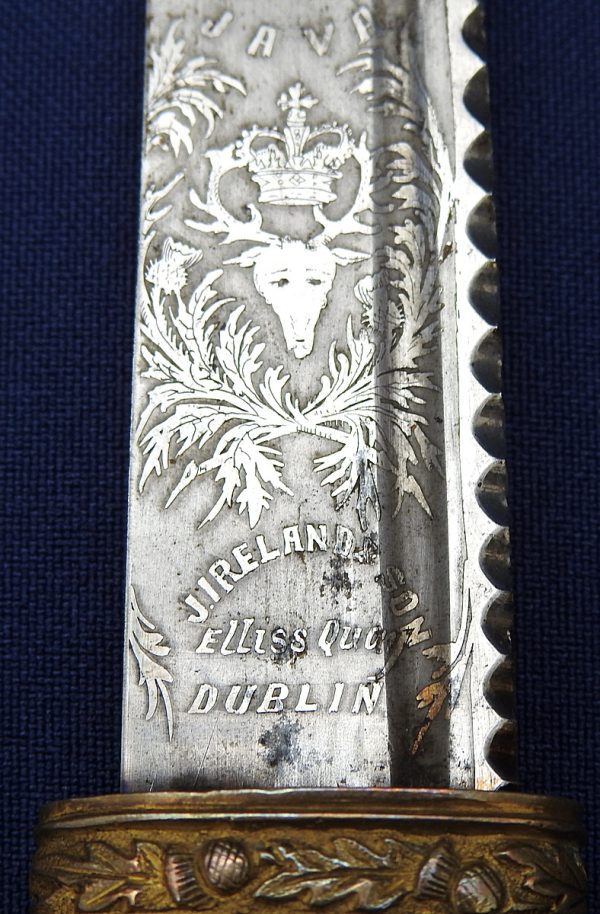 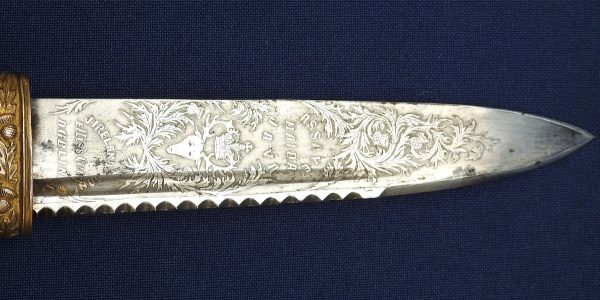 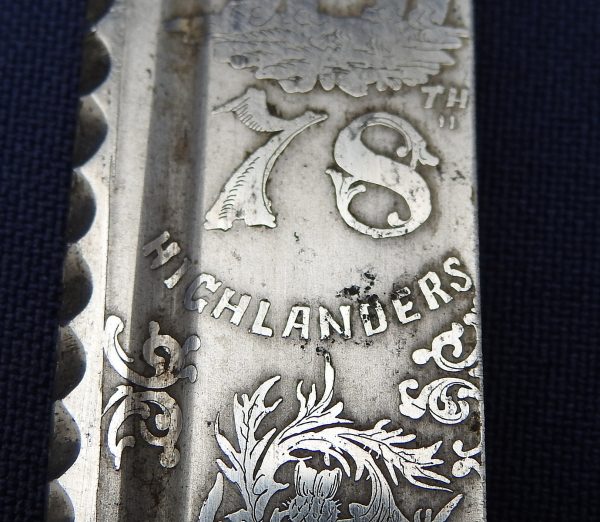 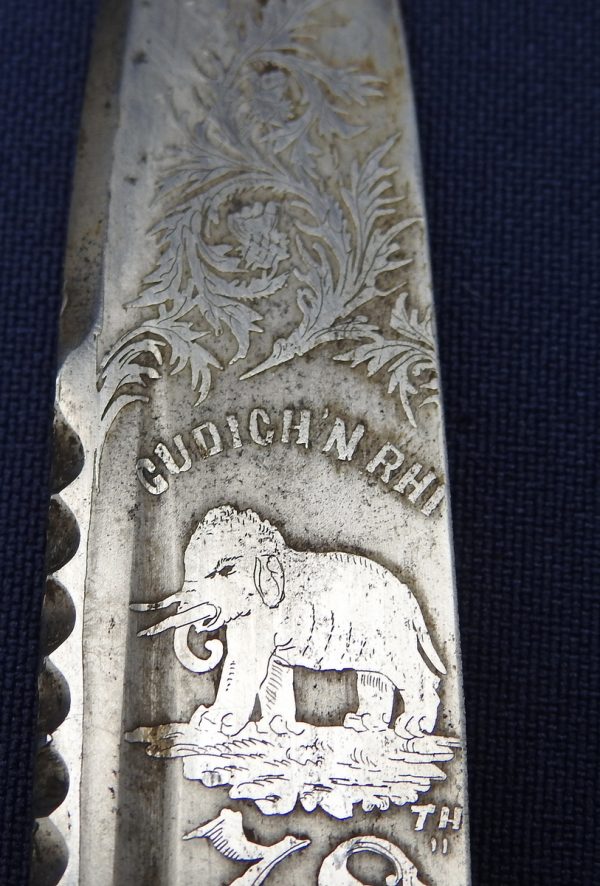 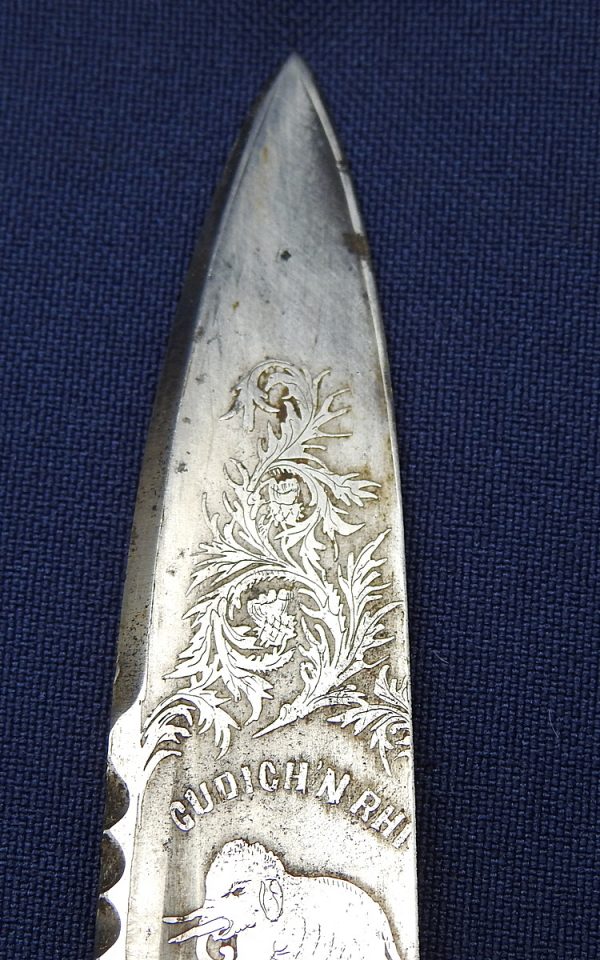 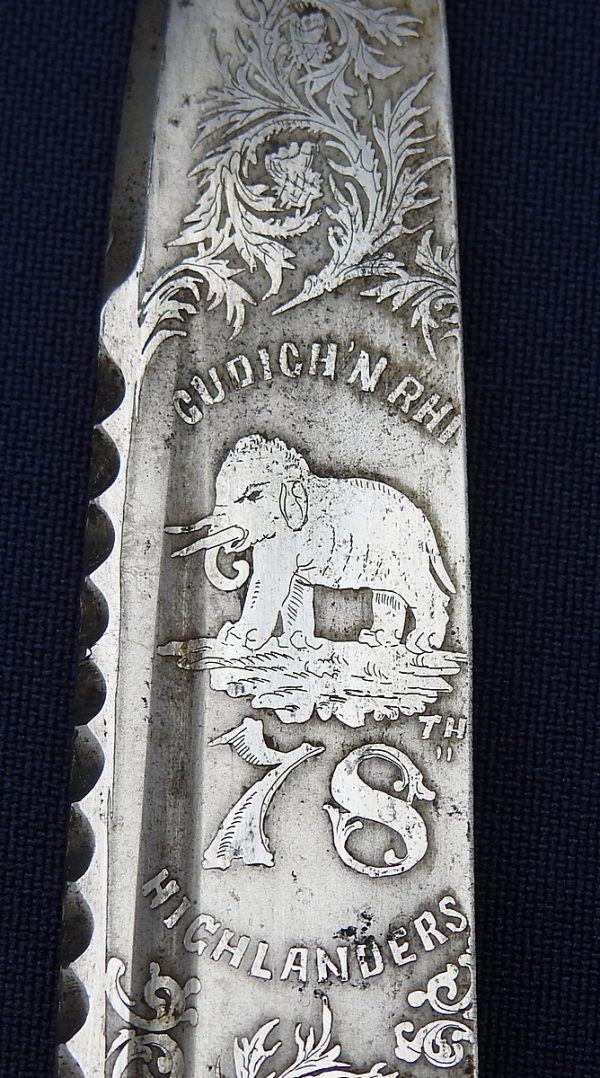 Comes in its original case with a museum or collector’s tag bearing “78” number.

Superb condition, which can be credited to its permanent presence in the case.

The black stone to the top may be looking unusual – however it was clearly inset there from the beginning.

Due to lack of Cairngorm in Ireland they would probably have had their own way TO make the accoutrements for Scottish edged weapons.